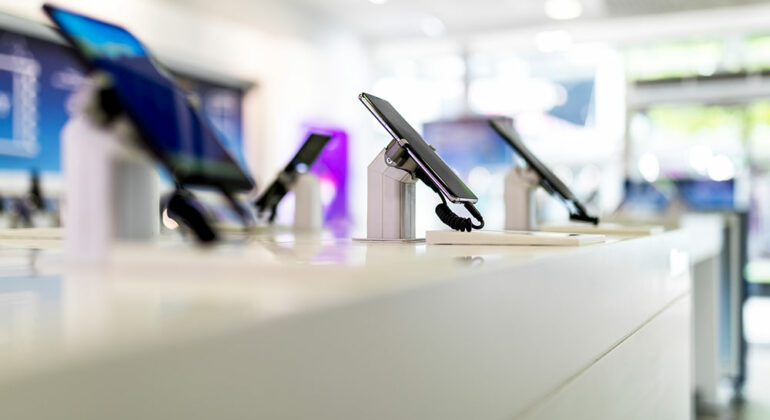 The Samsung Unpacked 2020 event finally kicked off on February 11 in San Francisco, putting rest to all the speculations bubbling in the tech community. As expected, we saw the unveiling of the coveted flagship line of Galaxy S20 5G series and the all-new foldable Galaxy Z Flip. The tech giant also announced the launch of Galaxy Buds+. On the other hand, we’ll have to wait longer for any news regarding the release of Galaxy Watch 2, Galaxy Tab S6, and Galaxy Home Mini that many of us assumed would be introduced in this year’s press event. Now let’s dive straight into the features and specifications of the unveiled products.

Galaxy S20 Series
The most striking aspect of the Galaxy S20 Series is that all three phones – Galaxy S20, Galaxy S20+, and Galaxy S20 Ultra are furnished with 5G capabilities, taking mainstream communication one step ahead. With a Quad HD+ Dynamic AMOLED 2X Infinity-O Display, the Galaxy S20 devices are outfitted with 7nm 64-bit Octa-Core Processor. Both S20 and S20+ have a 12GB RAM, while the S20 Ultra is also available in a 16GB RAM variant. Every phone comes with a minimum 128GB internal storage. Additionally, the S20+ and S20 Ultra is available in 128GB, 256GB and 512GB.

In this series, Samsung has introduced its finest AI-powered camera system along with its biggest image sensor yet that delivers stunning picture clarity. The Samsung S20 and S20+ have a 64MP camera, whereas the S20 Ultra comes with a massive 108MP lens. Moreover, it adds improved flexibility for cropping, editing, and zooming. Another advantage of a sizable image sensor is that it emphasizes on seizing more light and captures incredible pictures even in lowlight conditions. The tech giant has even worked on its video abilities that offer 8K filming with features such as Super Steady and its AI motion analysis.

Samsung claims that the Galaxy S20 is the most secure smartphone they have ever built. The devices are protected by Knox, a leading mobile security platform that shields the phone from the chip to the software level. Its innovative processor also guards the device against any attacks on hardware.

The S20 series will be available for sale from March 6 onwards. The starting prices of the respective phones are as follows.

Galaxy Z Flip
Samsung’s new statement-making foldable device features a 6.7-inch glass display that can fit into the palm of your hand. Its compact and stylish design is made possible with the cutting-edge Hideaway Hinge that’s backed by the CAM mechanism ensuring that every flip and fold is stable and smooth. The Hideaway Hinge is also integrated with Samsung’s brand-new sweeper technology that repels dirt and dust.

Boasting high performance, the Galaxy Z Flip is armed with a 7nm 64-bit Octa-Core Processor, 8GB RAM, and 256GB internal storage with a 3,300 mAh (typical) dual battery that houses more power without using too much of space. The foldable phone comes with dual rear cameras (each 12MP) with features such as Optical Image Stabilization, up to 8x digital zoom, tracking AF, and HDR10+ recording. Like the S20 series, Z Flip is also defended by Knox security technology.

The Galaxy Z Flip will cost $1,380, that’s slightly lower than Galaxy S20 Ultra and the pre-orders for this product will begin February 14 (in select markets including the US and Korea) in limited quantities. The Galaxy Z Flip is available in- Mirror Purple and Mirror Black, followed by Mirror Gold in specific countries.

Galaxy Buds+
Samsung’s latest wireless earbuds are furnished with 2-way speakers and sound by AKG. Besides delivering great bass and treble, its adaptive 3-mic system ensures crystal clear calls. Furthermore, its long-lasting battery ensures that you get 11 hours of music playback or 7.5 hours of talk time on a single charge. What’s more amazing is that you can get 60 minutes of playback with just 3 minutes of quick charging. The box comes with 3 sizes of wingtips and eartips for comfort and personalization.

The Galaxy Buds+ will be available for sale from March 6 for an asking price of $149.99.

During the press event, Samsung also announced its exclusive partnership with designer Thom Browne, introducing a limited edition Galaxy Z Flip along with Galaxy Watch Active2 and Galaxy Buds+. The smartphone and wearables are cloaked with the classic grey color with the fashion label’s signature colors – red, white, and blue. While the price for this unique sartorial collection wasn’t revealed, a few leaks suggest that it could cost nearly $2,500. The pre-orders for these limited edition products will begin from February 14, while the official release will be sometime in March.

What is an A1C test?